Washington, D.C. (March 19, 2013) - A new Gallup poll shows a striking difference of opinion between Republicans and Democrats on how to handle the Israel-Palestinian conflict. Democrats want President Obama to put more pressure on Israel to make compromises to end the conflict, while Republicans and Independents want the U.S. to put more pressure on the Palestinians.

This follows another Gallup poll last week showing that American support for the State of Israel is at an all-time high overall, but 78% of Republicans expressed more sympathy for Israel than for the Palestinians, while Democrats did so only 55% of the time.

RJC Executive Director Matt Brooks said, "The 'Israel gap' between Republicans and Democrats is deeply troubling for pro-Israel Americans who appreciate our country's historic bipartisan support for Israel. As rank-and-file Democrats move to the left on issues related to Israel, the divide between the two parties will widen. Pro-Israel Democratic leaders must work to rebuild stronger support for Israel within their community." 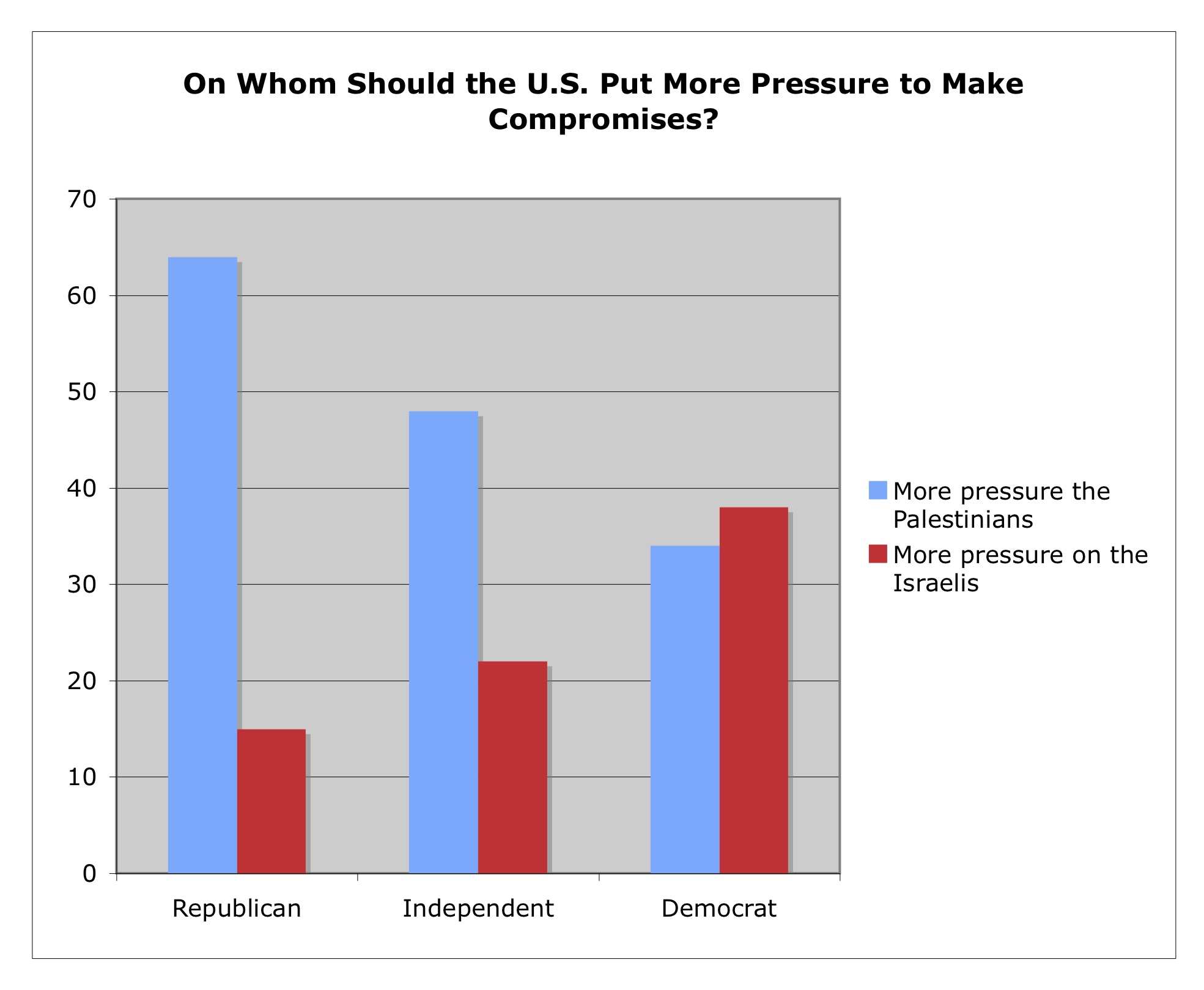