Washington, D.C. (September 11, 2012) -- The Republican Jewish Coalition (RJC) announced the latest element in its Jewish outreach effort. The RJC recently launched a billboard ad campaign in South Florida. The campaign includes billboards in high traffic areas in the Jewish communities of Broward and Palm Beach counties. The ad campaign is part of the RJC's $6.5 million outreach to Jewish communities in the key swing states of Florida, Ohio, Pennsylvania, and Nevada.

The billboards feature a top RJC slogan, "Obama... Oy Vey!!" with the message underneath, "Had enough? MyBuyersRemorse.com."

MyBuyersRemorse.com (http://www.MyBuyersRemorse.com) is the online platform for the RJC's outreach effort to the Jewish community this year. The site displays a series of ads in which real people tell their stories of why they supported Barack Obama in 2008, and why they are not supporting him now. The site also allows visitors to upload their own videos and tell their personal stories of Obama buyer's remorse.

RJC Executive Director Matt Brooks said, "There is a strong sense of buyer's remorse among Jewish voters, who are disappointed and disillusioned with President Obama and the job he has done in the last 3 ½ years. We're helping those people give voice to their feelings."

Click the image below for a large PDF version of the billboard art: 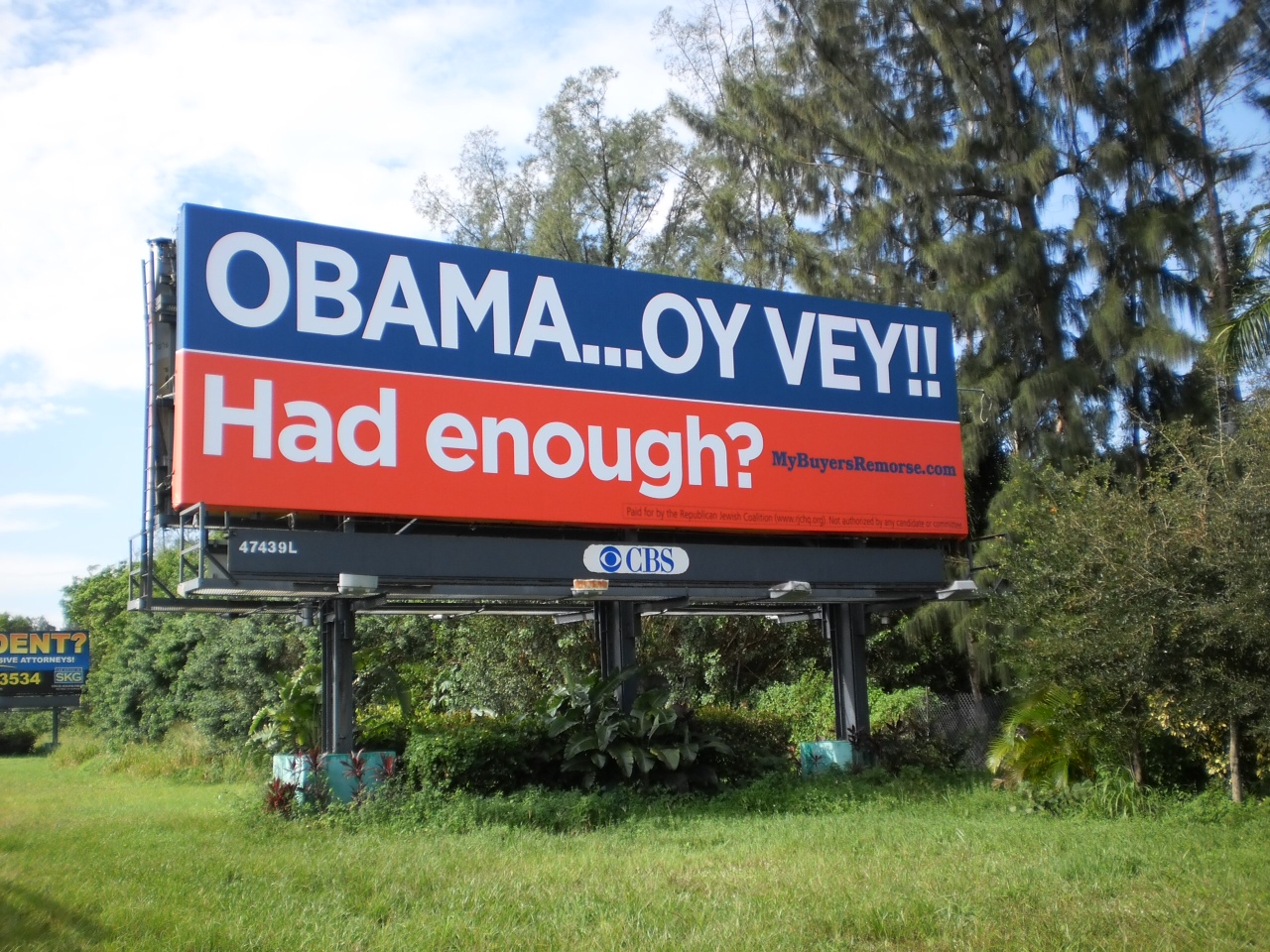 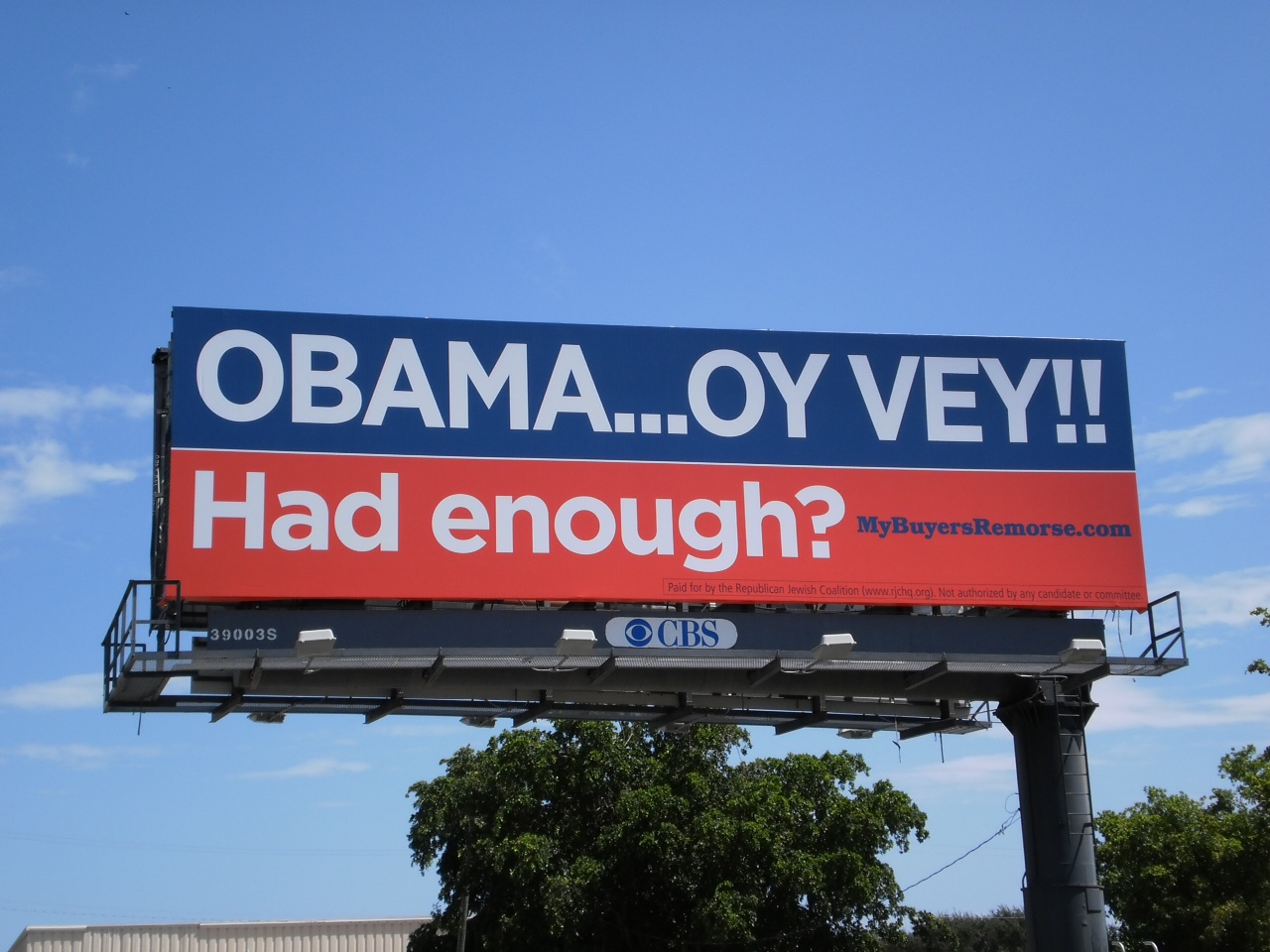