Going back to 1972*, Democratic Platform Affirmed Jerusalem as Capital of Israel

Washington, D.C. (September 5, 2012) -- The Republican Jewish Coalition announced today the release of a print ad asking, "What is Missing from Obama's 2012 Democratic Platform?" The ad shows that several pro-Israel provisions in the 2008 Democratic platform are missing from the 2012 document.

The ad will run as a full page in Thursday's Charlotte Observer and then in Jewish papers next week in Florida, Ohio, Pennsylvania, and Nevada.

This year, Democrats stripped out language that appeared in their 2008 platform saying that Jerusalem "is and will remain the capital of Israel" and language saying the issue of Palestinian refugees should be resolved by their settlement in a Palestinian state, not in Israel. The Democrats also removed language from 2008 calling for the isolation of Hamas and weakened the provision about ensuring that Israel retains a qualitative edge for self defense. The platform also stripped out language, which had previously been included, calling Israel "our strongest ally in the region."

This will run as a full-page ad in the Charlotte Observer on Thursday, so that we can send a special message to Pres. Obama and the Democratic Party during the Democratic National Convention. Then it will run in Jewish newspapers in Florida, Ohio, Nevada, and Pennsylvania next week.

The changes to the Democrat Party platform raise serious questions about Pres. Obama's and the party's commitment to Israel. It is clear from the platform that the Democrats are backing way from Israel at a critical time. This is yet another reason why Jewish support for Democrats continues to erode.

Click the image below to see a full-size pdf of the ad. 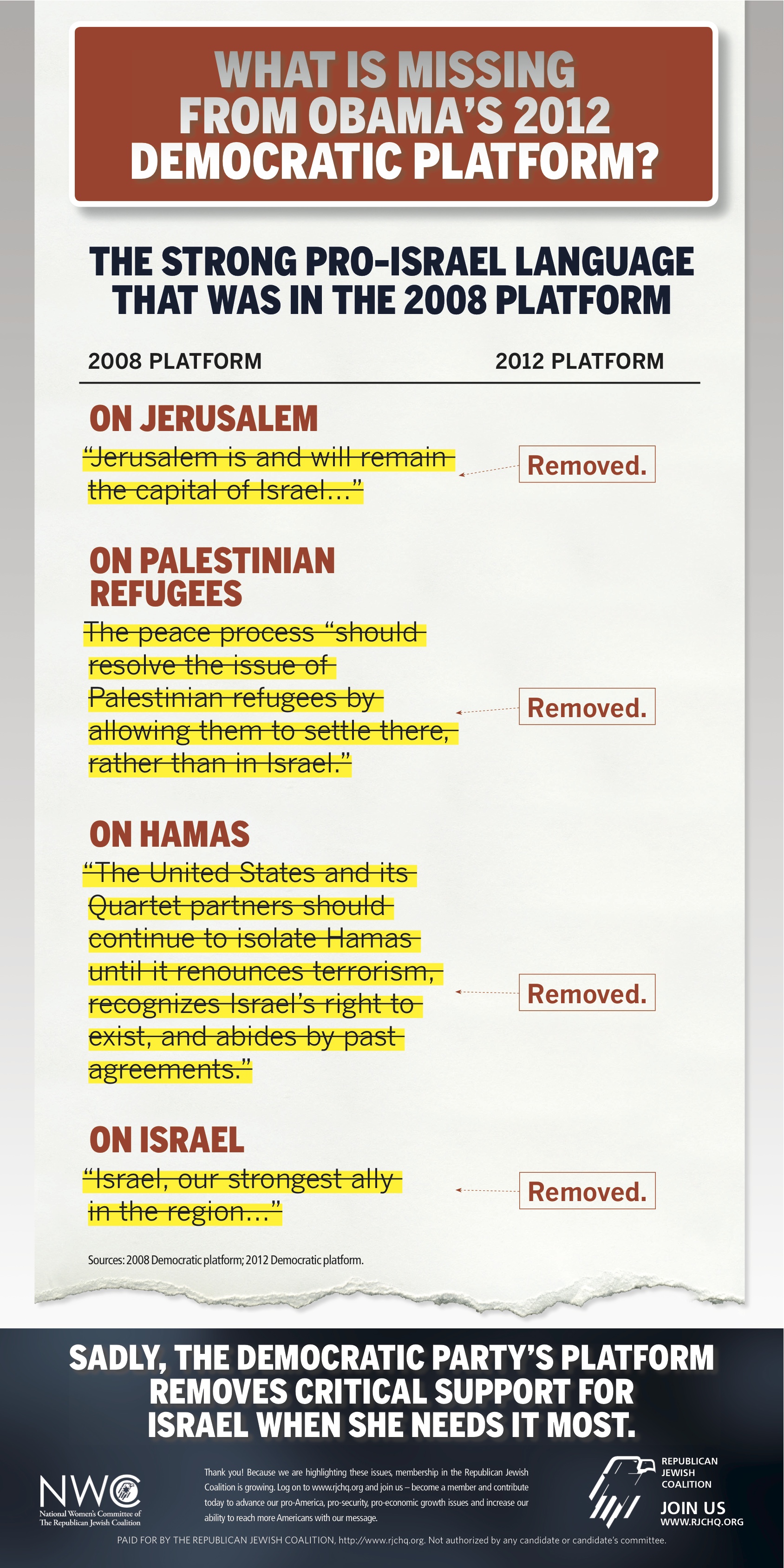