The U.S., Israel and the UAE: A Trump Doctrine Emerges

The establishment of diplomatic ties between Israel and the United Arab Emirates (UAE), brokered by President Donald Trump, is one more excellent step in the emergence of a Trump Doctrine. He withdrew the U.S. from the Paris Climate Pact, the INF Treaty, Open Skies and the Iran nuclear deal (JCPOA) because the parties were cheating. He reduced American forces in Syria and Afghanistan because we had no place in their civil wars. He reconfigured American forces in NATO—fewer in Germany and more in Poland—for the better protection of both our allies and ourselves. In each case, America is at the center of American foreign policy.

The 1993 Oslo Accords between Israel and the Palestinians were witnessed with great hopes by the United States. But the role the United States adopted, or had thrust upon it, was that of a "neutral party" encouraging and cajoling both sides. President Trump adopted the position of "honest broker" instead, focusing on American interests—the first of which is that Israel is our friend and ally, by its very nature.

We are witnessing the positive result.

RJC Statement on the Democratic Primary in MN-5

Washington, DC (August 11, 2020) – The Republican Jewish Coalition released the following statement on the results of the Democratic primary in Minnesota: 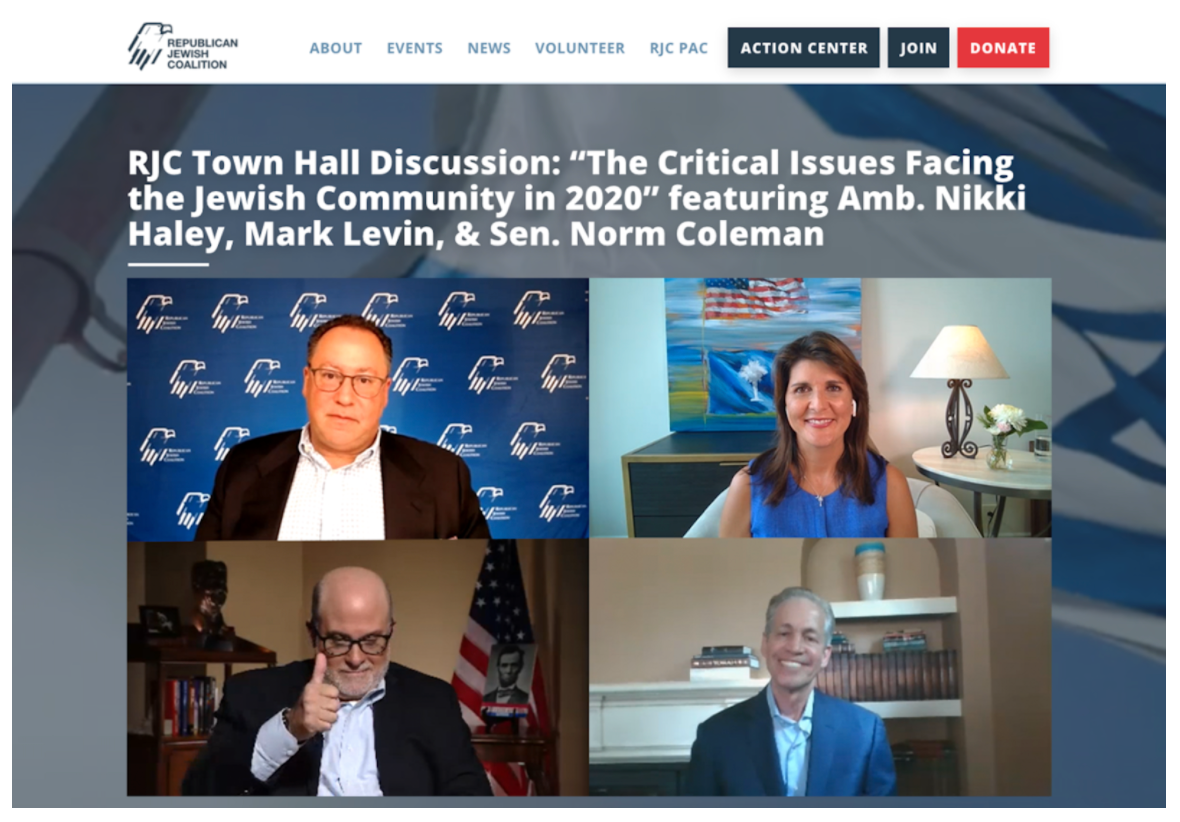